Mark Twain (1835 - 1910) was an American writer, often referred to as 'The Father of American Literature'. Among his most notable works include his novels, 'The Adventures of Tom Sawyer', and 'The Adventures of Huckleberry Finn'. Less well known, but still exceptionally highly regarded, are his remarkable poems, which mark him as a talented poet and openly display his ability of writing humour, drama and parody in rhyme. This collection of Mark Twain's poetry include: A Man Hired By John Smith And Co, A Sweltering Day In Australia, Ode To Stephen Dowling Bots, Dec'd, The Aged Pilot Man, Those Annual Bills, To Jennie, O Lord, Our Father, Warm Summer Sun, and Genius. 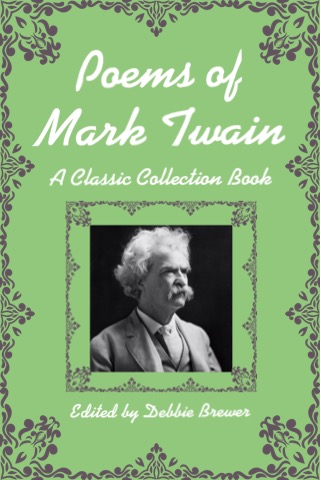